The fastest estimating software, EstimatorXpress, is now even faster with the release of a new update. We have developed EstimatorXpress 2017 to be even more user friendly and fast than it was before. Plus, it can now read minds!

Before we discuss what’s new, let’s see why EstimatorXpress is already a winner! 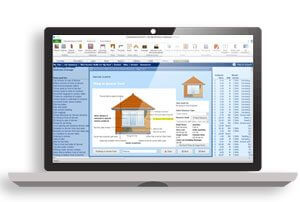 Awards. HBXL also received nominations for other awards including Vonage Business Enabler of the Year in the Lloyds National Business Awards. But, as the forward thinking company we are, HBXL are already looking ahead to 2017. The new update to be released soon will be the fastest estimating software yet!

Plus, this all comes only months after the improvements and additions in the EstimatorXpress Summer Update. At HBXL Building Software we are committed to providing the most advanced software for our users. We continually re-invest and listen to our users’ requests and improvement suggestions. We want our users to rest assured that the software will be continually kept up to date.

What does the best and fastest estimating software do?

EstimatorXpress allows builders and developers to produce 100% accurate estimates, professional quotes and an array of reports in a matter of minutes!

Our experienced construction specialists have designed the software specifically for builders and the construction industry which is why it is not only extremely fast, accurate and able to estimate for any domestic construction jobs but also incredibly easy to use!

This emphasis on speed and usability is two of the top reasons that thousands of builders have chosen our estimating software and now we have made it even faster and even easier! Read on to find out how…

Did you say read minds? Exclusive wizards that remembers how you work?

Sadly EstimatorXpress 2017 cannot remember how you like your tea, BUT it can remember how you like to work to save you even more time estimating in the future! We’ve made improvements to our intelligent software and the New Estimate Wizard – which is HBXL’s unique system that helps builders set up estimates ready for estimating. We have truncated the Wizard with a ‘quick start’ ability to remember your preferences for even faster and even more user friendly estimating.

The software remembers the details you’ve used previously when you’re estimating for a ‘house’ or ‘extension’ for example and will stop you having to re-select them each time and saving you more time in the future. This includes;

The improvements we’ve made to the Estimate Wizard are also aimed at letting users set things up when they’re ready to i.e. you can chose when you want to review profit and enter a customer’s details – for example you might want to set your Profit level when you’re deciding what price you want to come in at and customer details only when you’re ready to produce a quote.

We have also increased usability by adding a new ribbon feature to the top of the screen for easier navigation to all the estimating workbooks that make EstimatorXpress so fast and accurate. Once you’re done in one Workbook you can easily get started with the next Workbook. It’s just a single click on the ribbon. This also brings in a common interface from PlansXpress to further improve the ease of using the combination of EstimatorXpress and PlansXpress to create a design and build process (which we call 3D Visual Estimating).

Automation – EstimatorXpress does the work so you don’t have to!

We’ve already packed EstimatorXpress with automatic tricks to help builders win jobs and run them successfully. Automatically produced build programmes and other reports is just one example, and now we have more! We’ve added automatic naming of worksheets and workbooks so that users have even less typing to do. Used with the New Estimating Ribbon, users can get straight into the dimensions wizard for even quicker access to estimating.

Why should your building firm use our estimating software?

EstimatorXpress estimating software has already helped over 12,000 building firms in the UK win more work, improve their efficiency and bring home a bigger profit whilst saving them time and effort.

Grab a free trial to see what you’re missing.

Not yet used the software? Try it free for 14 days and see just how your building firm can profit from a software solution.